Songs of World War I

Songs of World War I

A small sampling of the songs of the Great War and resources for finding more. 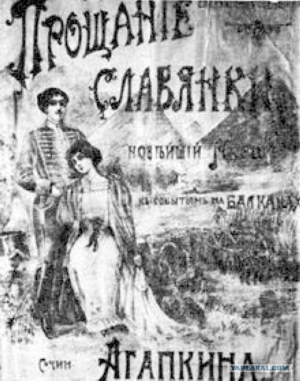 Written by the Russian composer Vasily Agapkin in 1912 during the Balkan wars, this patriotic march grew popular during the Great War. The song often was played as Russian soldiers marched off to war.

The most popular French song of the war was "La Madelon," a song of yearning for a young woman.

"Mademoiselle from Armentières" was a song popular with French troops in the 1830s. It became popular again, especially in America, during World War I. Below are the American lyrics: 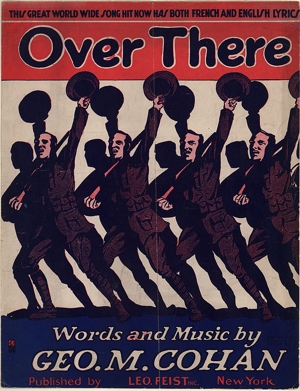 "Over There" is one of Cohan's most famous songs. The cover for the song was illustrated by Norman Rockwell, who became famous later for his covers for the magazine The Saturday Evening Post.

Irving Berlin also composed a number of songs during the war.

He wrote "Oh! How I Hate to get up in the Morning" as a complaint about waking to reveille every morning, which he did after being drafted into Army. 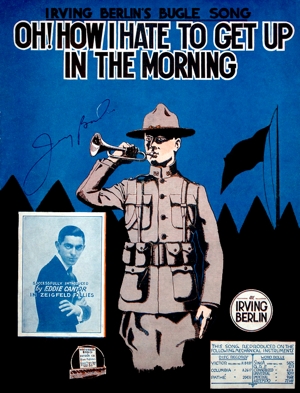 The song spawned many parodies, describing life in the Army.

Another popular American song about military life was "You're in the Army Now."

Another popular song, "How Ya Gonna Keep 'em Down on the Farm (After They've Seen Paree)?," reflected a real social concern in American life, as after the war, more Americans began migrating to cities. 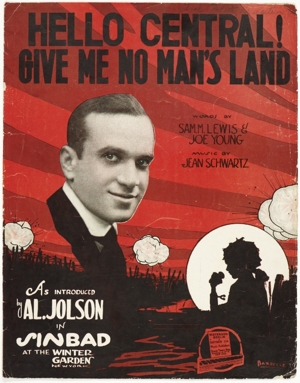 "Hello Central, Give Me No Man's Land" tells about a child, whose father has been killed in the trenches of the war, who uses the telephone to call him. The song was made popular by Al Jolson, an entertainer of the era, in the play Sinbad.

Hello Central, give me no man's land
My Daddy's there, my Mama told me
She tiptoed off to bed, after my prayers were said
Don't ring when you get my number, or you'll disturb Mama's slumber
I'm afraid to stand here at the phone, >cause I'm alone,
So won't you hurry
I want to know why Mama starts to weep, when I say, "Now I lay me down to sleep"
Hello Central, give me no man's land 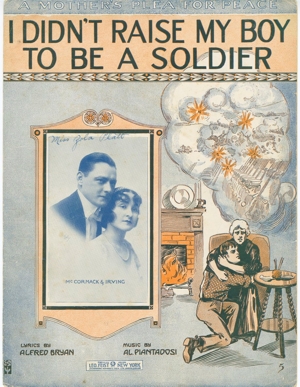 Before America entered the war in 1917, quite a few songs opposed going to war. The most popular song was "I Didn't Raise My Boy to Be a Soldier."