After 41 years of service, it’s with warm wishes but also a heavy heart that we announce the retirement of Marshall Croddy, president of Constitutional Rights Foundation (CRF). During his tenure as President, Marshall led CRF through a period of growth and innovation. From growing the foundation’s national presence in all 50 states to opening up new funding opportunities, Marshall’s leadership and vision will be greatly missed.

Marshall has been a leader and a mentor to countless educators and CRF staff members and we thank him for that. He has made a significant and positive impact on youth, teachers, and on us.

Marshall joined CRF in 1979 as a curriculum writer and later became CRF’s director of publications in 1983. He built an extensive catalog of publications known throughout the country for their engaging content and innovative methodologies, and he developed CRF’s capacity to produce sophisticated private and governmental grant proposals. Over the decades, as director of publications, then vice president, and ultimately president, he is a recognized leader in the fields of law-related and civic education and developed numerous programs of national significance.

He was always deeply involved in the case development of CRF’s California Mock Trial program, as well as the development, design, and editing of the quarterly Bill of Rights in Action magazine. His oversight of CRF's website resulted in over three million visitors per year and a rating as a top web resource for teachers and students by the Los Angeles Times.

Among his significant accomplishments is the creation of Civic Action Project (CAP), a national model for online delivery of civics curriculum, and the creation of Active Citizenship Today (ACT), a framework for student civic participation, adopted as part of several states’ social studies standards. Marshall designed, edited, and supervised the publications of hundreds of nationally recognized online and print resources and texts, notably as developer and original author of CRF’s premier textbook, Criminal Justice in America. He has published articles and op-eds in numerous journals and newspapers including the Los Angeles Times and San Francisco Chronicle, and has made radio and television appearances sharing his expertise in civic and law-related education.

Marshall was the first-ever recipient of the Roy Erickson Civic Education Leadership Award in 2005 from the California Council for the Social Studies and also received the Isidore Starr Award for Excellence in Law-Related Education from the American Bar Association in 2001.

With his retirement, Marshall will now have the time to follow some of his other passions, including reading, gardening, and writing another book to follow his 2012 publication (co-authored with Patrick Jenning) Testimony of a Death: Thelma Todd: Mystery, Media and Myth in 1935 Los Angeles.

We will miss Marshall’s leadership and contributions not only to CRF but to the field of civic education. 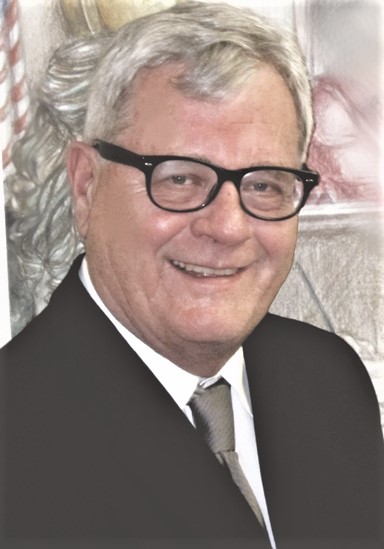