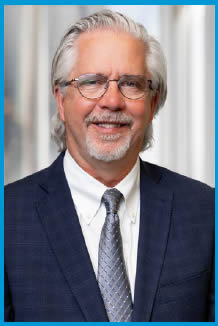 Bill of Rights in Action Award

Prior to joining Sempra, Barrett was a partner and local environmental department chair for Latham & Watkins LLP, a global law firm. 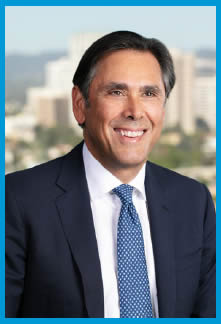 Joe Calabrese retired from Latham & Watkins LLP in 2022, where he served for many years as the Global Chair of the firm’s leading Entertainment, Sports & Media Practice. In that role at Latham and at his previous firm O’Melveny & Myers, Joe advised clients and industry leaders around the globe in the ever-changing entertainment, sports, and media business for over four decades. He draws on exceptionally broad experience with the evolution of the industry — from the end of the first golden age of television to the advent of the second, through the era of cable television and home video, to innovations of streaming video on demand and over-the-top media services.

He currently serves on the Board of Constitutional Rights Foundation and is the Foundation’s past chair. He also serves on the Executive Board of the UCLA School of Theater, Film and Television and the Cornell Law School Advisory Board as well as the Advisory Board of the Friends of the Semel Institute for Neuroscience and Human Behavior at UCLA. He is a member of the Academy of Television Arts & Sciences, International Academy of Television Arts & Sciences, and the Pacific Council on International Policy.

Widely lauded in the legal and industry press as a leading Hollywood entertainment and sports lawyer, Calabrese has also been continually recognized as one of the Top 100 Lawyers in California by the Daily Journal and is a recipient of the American Jewish Committee’s Judge Learned Hand Award for outstanding leadership in the legal profession. 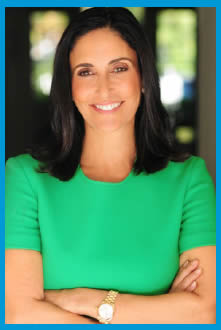 As a Founding Board Member and past Board Chair of the Alliance for Children’s Rights, Leslie has been a tireless advocate for children’s rights. In further advance of child welfare reform, Gilbert-Lurie served as the Vice-Chair of the Los Angeles Blue Ribbon Commission on Child Welfare.

She also currently serves as a member of the UCLA Foundation Board of Directors, and the Board of Advisors to the Ronald Reagan UCLA Medical Center and the UCLA School of Law. As a student at UCLA, she was the Student Regent on the Board of Regents of the University of California.  She also served for over a decade on the Los Angeles County Board of Education, and was President of the Board for three terms. In 2022, Governor Gavin Newsom appointed Leslie to the California State University Board of Trustees.

Gilbert-Lurie’s memoir, Bending Toward the Sun, published by Harper Collins, chronicles her mother's experience in the Holocaust and the intergenerational transmission of trauma. She has spoken in a variety of countries and across the US about the book, the Holocaust, and its implications for the world.

Leslie spent her earlier career as a television executive at NBC, where she oversaw NBC Productions and the comedy division, co-wrote television episodes for Alf and Saved by the Bell, and co-founded an in-house production company, Lurie-Horwits Productions. As a lawyer, Gilbert-Lurie worked at the law firm of Manatt, Phelps, Rothenberg and Tunney, and she served as a Ninth Circuit Court of Appeals Law Clerk for Judge Harry Pregerson.