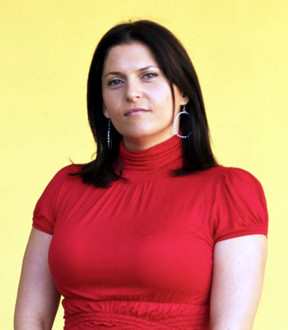 “As an adult I participate in a number of charitable projects. This is something that was instilled in me through CRF’s Internship Program”

Becoming part of the CRF’s Internship Program was something that Kristina thought was out of her reach. Little did she know that she had all the qualifications demanded by the program. After passing the application process, Kristina was selected to intern at Foley & Lardner LLP in the summer of 1996.

Kristina fondly remembers that this internship helped her to “gain hands-on experience in a professional environment.” After completing high school, Kristina was accepted to the University of California at Santa Barbara and decided to major in international relations with the intention of attending law school. Kristina’s plans changed after September 11, 2001, and she decided to focus on journalism with a concentration on human rights in the United States and abroad. Kristina received her bachelor’s degree in political science and international relations with an emphasis in Middle Eastern studies and a minor in Slavic studies.

After graduating, Kristina returned to Los Angeles and paired her interest in journalism with public relations. Kristina says, “I still credit my experience with CRF’s internship program and other extracurricular activities during high school for helping me enhance my communications skills and build a foundation that has allowed me to create a great career."

Kristina is currently the director of public relations for Match.com. Prior to joining Match, she was director of PR for ShoeDazzle, an online fashion company, and had been the publicity manager for the G4 television network. Prior to joining G4, Kristina worked for numerous PR agencies. Kristina sits on the board for Spark Educational Network and is a participant with the Step Up Women’s Network.