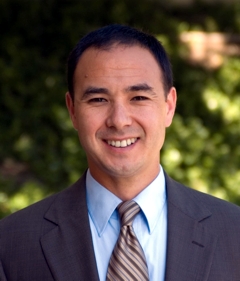 “I hope that all participants find Mock Trial as meaningful as I did.”

When he was a kid, Judge Jackson Lucky didn’t think he would grow up to be a lawyer or judge. He thought he would be on stage. Then, Jack participated in Mock Trial for two years at Apple Valley High School. He was a witness both years. At first, he thought he could appease his parents — who told him he should be a lawyer — and still practice acting by doing Mock Trial. The courtroom drama may have lured him, but it’s not what kept him. The teamwork, the competition, and the intellectual challenge of learning the law made Mock Trial an all-consuming experience.

His team’s hard work paid off. They were finalists for the state championship in 1986 and placed in the top eight in 1987. Jack took away several things from his Mock Trial experience: love of the law, the value of hard work, and, most importantly, lifelong friends and mentors.

Jack’s involvement in Mock Trial continues to this day. He coached his alma mater for three years after law school. He continues to preside over Mock Trial rounds in Riverside County and in the state competition.

“Now I know that, unfortunately, many lawyers do not prepare as well for court as we did in Mock Trial,” reflects Jack. “Mock trial taught me what good lawyering is.”