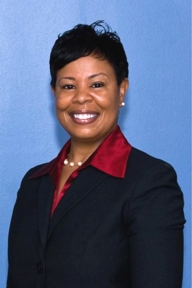 “I had grown up hearing that I had gifts and was talented, but never really believed it.”

As a teenager, Fesia never considered practicing law. She says, “my childhood dreams were too safe, too narrow, and too cloaked in the attainable, rather than the unattainable.”

“Growing up in the inner-city during a spike in drug-related crime convinced me I wanted a better life than my parents were able to provide,” she reflects, “yet still I did not consider the law, or anything close to it.” That is, until she participated in Mock Trial at Centennial High in Compton.

Her Mock Trial journey confirmed important truths and values. “I understood, like never before, the value of the collective: what one can accomplish when working together as a group.” She loved being part of a team dedicated to the same goal and working together seamlessly to reach that goal.

The rigor of daily practice confirmed that she “could achieve and excel with endurance, consistency, and dedication.” Mock Trial helped her develop discipline. “[It] strengthened my mental resolve,” says Fesia, “and my ability to affect a calm demeanor despite the storm raging in my mind.”

Almost 26 years later, Fesia knows that being exposed to better teams made her and her team “better competitors.” “Being eliminated,” she emphasizes, “strengthened my resolve and my competitive instinct.”

“That competition was the ultimate stretch of my high school career,” says Fesia. “After that competition, I can truly say that my dreams were no longer safe, narrow, and attainable. They started to evolve and became bolder and more daring.”

Today, Fesia is the chief deputy of the Los Angeles County Department of Children and Family Services.