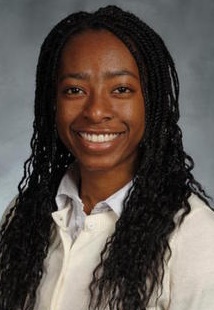 “I am so grateful that I have had the chance to participate in CRF programs, because they have changed my life on multiple dimensions.”

As she walked up the steps of the United States Supreme Court, Dora Duru, a fourteen-year-old girl from Lynwood, California, was thousands of miles away from her mother’s homeland in Nigeria. The trip to Washington, D.C. was part of Constitutional Rights Foundation’s partnership with Annenberg at Sunnylands Supreme Court Institute. Dora was one of a handful of students who had the chance to talk with Supreme Court justices. It made a lasting impact on Dora’s life.

Since then, Dora participated in as many CRF programs as possible. Dora calls her Mock Trial experience “life changing.” “History Day was an amazing experience for me,” remembers Dora, “and resulted in projects on ‘The Lost Boys of Sudan’ and ‘Rwanda Genocide’, which helped me to open my eyes to international issues facing a global society.” The Summer Law Institute at UCLA allowed her to strengthen her leadership and communication skills.

Now, as a senior at Stanford, Dora engages in civic issues. She has won numerous scholarships and awards for her community involvement. “CRF gave me the foundation I needed to be part of the solution, not the problem,” says Dora. “I want to be remembered for being an architect of change and I’m thankful for CRF who helped me on my path to achieve my goals.”

After graduation, Dora plans to work toward a graduate degree in nutrition. Using skills from her CRF experience, Dora hopes to develop a career in nutrition communication and to work internationally.